I have spent a lot of time reading various articles on Narcissism and Toxic people the past few years and so much of it has sunk in to the point that I now understand where everything went wrong for me and I wanted to share it here so you hopefully will see it in your own life.
This is what made me see the truth of this situation. I know I wasn’t going to write for a bit but I wanted to get this out so you can see where I am in my own journey. Accepting this reality is what saved me….
This is where I am these days, as I do not need anything from anyone else, to know and accept who I am. I have accepted myself, good, bad, and ugly, and worked on what I needed to find peace.
I have taken full possession and responsibility of myself and my decisions, now, in the past, and for the future. I know who I am, and what I am. I accept myself, warts and all. I am at peace. 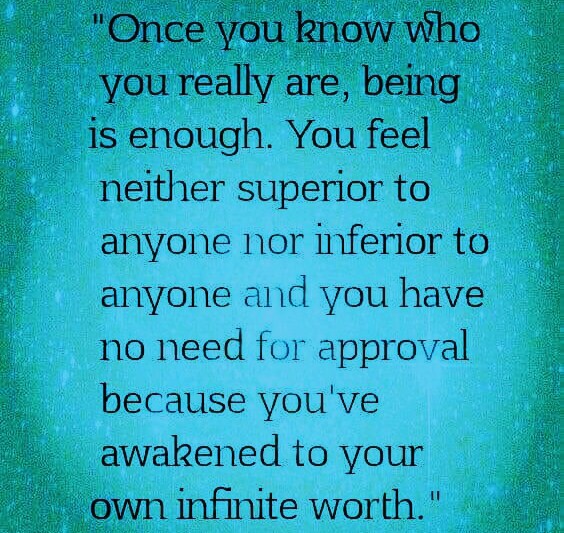 In the beginning, with the 7 page letter they sent August 31, 2016 where they make so many general claims of inappropriate behavior they say I did to them, they wrote that ” I have to say that from the moment I met you, I had the strange feeling that you had some kind of issue with me.”   Very First Letter Filled with LIES Written by Kory Read & Allison Read To Bully Stella Reddy
This sentence threw me for a loop and is what caused me to get stuck, wondering if there was something I did to give them that impression. I was stuck for a long time, till I came to realize that there was no way they could know what I was thinking so definitively, and it freed me and I was able to see the truth. It was projection, projecting their own bad feelings onto me, when they couldn’t know what the hell I was thinking in the first place.
This is what caused the emotional dissonance within me so badly, I couldn’t understand where their so detailed accusations were coming from. It made me question my own reality to the point I got so confused and didn’t know which way was up. I didn’t know what to think, feel, or do. I became overwhelmed with what I knew and what I was hearing from my bullies every day.
In the end, I came to see that I should never allow anyone’s personal comments or opinions of me touch me on an emotional level and cause me to question who I know I am.
Kory Read & Allison Read became so adept at telling me what I am saying and doing, that I started believing it. I gave them the power to control my emotions with their allegations when I should have trusted myself and not gave in. Live and learn.
We all have correctable things about us that we are too close to see in ourselves and I learned not to empower their words with emotions and insecurities when I consider their opinions these days. Remain clinical, not get emotional. Pretend you are reading a fictional story about someone else’s life and it helps too…

All it took for me as finding my true self within, that had nothing to do with the outside world and other peoples opinions. Recognizing who I am in TOTAL. That means the good AND the bad, and taking full possession and responsibility for who I AM, and what I AM as a person.

It doesn’t matter what others did to me that contributed to who I am now, because it is in the past and blame can be assigned at any time in the future.

It’s accepting all you are, embracing all you are, and actually becoming that person. When you achieve this you will no longer look outside of yourself for affirmation of who you are. You won’t be concerned with “fitting in” because you haven’t the need to do that.

You will become confident in yourself again. Your path becomes clear, and you’ll find yourself starting in on ‘fixing” the bad, and strengthening the good about you. It’s just what happens when you are fully balanced in life, and I am determined to remain balanced and believe in myself above all others.

I don’t have the power to control what others choose to do, think or say, so to refuse to invest emotional energy into any of that as is not worth it anymore for me. I have no more ego to bruise with insults and degradation that my Bullies keep up with online in stellareddy.com. I know the truth and that is all I need. I am content these days but it took a lot to get to this point.

Remember that what someone says about YOU shows more about THEM then it ever can about you. It’s a peek through one of their windows and a direct view of their character. Everything written within stellareddy.com came from HIS mind, not mine. Its a look at his own personal thoughts and reflects back on the writer.

Always remain true to the person you know yourself to be. In the end, all is that matters! It is your life to live, not anyone else’s.

Kory Read wants people to believe that it is I whom is stalking them, yet he posts here that he renewed these 2 domains where he shows his stalking of myself and others. Does Kory Read really think people won’t notice his hypocrisy here? https://stellareddy.com/oops-i-did-it-again/

Who is Kory Read in that he feels comfortable in claiming that “we have many, many more years together in this journey to expose your racist behavior to as many individuals as we can. Because remember, racist people like you need to be “called out.”.

Does Kory Read have some sort of authority over the human race that I don’t know about to make this claim of being judge, jury, and executioner of Stella Reddy in stellareddy.com?

Called out for what, is what I want to know. What was it specifically that Kory Read thinks makes me a “racist” that he needs to call out on stellareddy.com?

When all this started, I went to Human Rights lawyers, social workers, anyone I could think of, even total strangers online, and sent them documents with their allegations to get a different opinion on this situation. I gave them everything I had so they could look at it and make an informed opinion and while I learned what I said at the hearing was inappropriate, it was accepted as a reaction to hearing their lies against me. Even my own doctors didn’t see anything specific that I said or did to give Kory Read the impression I was “targeting” them out of racism.

In all this time, since August 2016, it has ONLY been Kory Read & Allison Read making these claims against me, even with his sites being online since 2017 looking for someone else to come out of the woodwork and back him up. I came to understand that Kory Read is being delusional and seeing things that are not there so he could feel better about himself.

It will never change, no matter how many years Kory Read keeps these domains online for. He can renew these domains for the next 10 yrs and regurgitate all the same info over and over, it won’t change anything. No amount of written words written by Kory Read on stellareddy.com will ever give him the satisfaction he wants, no matter how long it goes on for. Eventually, people will get sick of reading Kory Read personal opinions over why HE thinks I did what I did. Personal opinions don’t count, evidence does.

Taking my own typed words from my own sites and twisting them on a new page on stellareddy.com, won’t automatically make his versions the truth either. That is the reality here that he refuses to accept. He isn’t me so no one will ever believe what he claims about me in these pages on stellareddy.com. It is that simple, once you get down to it.

I have always admitted my reaction during the LTB hearing in Sept 2017, upon hearing their lies about this alleged prior meeting at some restaurant they tried to claim, was wrong. Kory Read & Allison Read are making the choice to not accept that and that is up to them.

It isn’t my problem if they are not mature enough to accept what I say and continue to hold that action from 2017 against me. That is their problem, not mine.

Just like it is my problem that I refuse to allow them continue posting on stellareddy.com and made my own site. I am responsible for my actions just as they are. I am not in denial and know what I do.

Are they mature enough to admit it? I doubt it.

Kory Read is welcome to regurgitate the same old accusations over and over, trying to convince you that Stella Reddy is a liar and a racist all he wants, it won’t change anything, ever. Nothing will ever change what has already come to pass and he will never get anything he wants out of it.

All it will do is highlight his determination to be a BULLY of Stella Reddy and others, out of spite for being evicted.

When people think of stellareddy.com and the other domains they own, automatically people will think it is a “revenge site”.

Kory Read is proving he is a Bully by continuing to abuse me and my name online. He never will get anyone to believe his allegations against me, I know that now, for the simple fact is that he is not me.

In the end, he is showing himself for who he is, not anyone else.

And as Stella Reddy was so concerned yesterday about our other domains before hers got taken offline.

We have again renewed them for another year. Hmm, Stela Reddy has to wonder how we can afford to pay for this when we aren’t working? Or are we working?

And to help Stella Reddy put her mind at ease, we also renewed this domain stellareddy.com for another year, so now it will not expire until April 20, 2023.

So with that said, Happy Anniversary, Stella Reddy; we have many, many more years together in this journey to expose your racist behavior to as many individuals as we can. Because remember, racist people like you need to be “called out.”