Kory Read & His Overactive EGO has made himself a one man Judge, Jury, & Executioner of Stella Reddy and others, all online within his many domains.

I found this online just now and it is just more evidence of Kory Read & Allison Read’s hypocrisy. Read the words below and tell me who is the one “participating in embarrassing and discriminating behaviors?

This action alone is discriminatory and embarrassing against the people named there. It is exactly what the writer says was done to them, yet here they are promoting a smear campaign websites online, trying to get their degrading words about so many people out into the internet more. I am surprised they don’t see the hypocrisy with these actions online, doing to others what he claims was done to him, but on a much larger scale.

Process that for a second… Kory Read is doing online to all named within his domains that he claims was done to him, but on a more extreme scale by using the internet. He is serving his Overactive EGO!

Kory Read has made himself to be Judge, Jury, and Executioner of other individuals, including myself. He promotes his personal opinions as if they are absolute and indisputable.

Pure Gaslighting by Kory Read! Trying so hard to convince you that ONLY he knows the truth. This is what causes so many emotions for me. How can Kory Read KNOW what he writes is the way it is? Logically, I know he don’t.

Kory Read never tells people he broke the rules of entry and that was why they were evicted, he refuses to admit to anything he does. He even denied owning these domains, until the last page on stellareddy.com in June 2021. Thankfully, he finally admitted in his own words, how his websites coming online with the content it had, that caused my mental health issues. I don’t know why this is so important to me, but it is.

Kory Read was inciting HATE, no ifs, ands, or buts and with his last post, he finally admits to it! Once he made that admission, there was no way anyone would ever trust anything he says again. Kory Read showed his intentions with that post and it turned people against him and he disappears.

Just all part and parcel of his Smear Campaign, getting his nasty domains promoted online for people to find to try and Incite hate against the property and people living and working there. His EGO is so overactive, you can see it in his words everywhere!

Isn’t that the purpose of putting things like this online, to promote his websites? With this action Kory Read shows that it is he who is doing all the discriminating and trying to embarass people.

So, lets flip the script a bit here and look at this action objectively. With all the research and reading I have done, the only reason Kory Read & Allison Read could ever be embarrassed by words of another is because they did something to be embarrassed over, and their EGO’s couldn’t handle it. They became defensive and these domains are their actions of defense to appease their overblown EGOS!

It is only the past year that I came to terms with my own EGO and what I did to appease it. I took so much that they did personally and I believed that hurting them would relieve my own pain and I tried to prove them wrong by sharing the truth and I believed that I was inferior. I was trying to police their actions online. I was only hurting myself in the end and had to stop.

I came to see my mistake and my EGO is no longer in play. You see, once you become aware of it, you can fix it and I have learned to let my EGO go. Awareness is key, to everything. It became a pattern I had to change. I know what I did and I know what I need to do to be a better person. 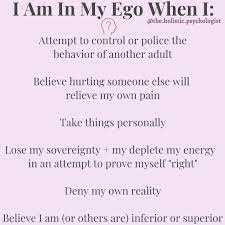 Kory Read’s is using his EGO to justify his behaviour against so many other people and it is helping him feel like a victim. Everything in the poster below, I see from Kory Read & Allison Read. He don’t see that it is also showing him as a idiot who is so consumed with his EGO and going after people he feels slighted them in some way. I got lost myself for awhile though I didn’t compare.

Is ego a bad thing?

If Kory Read & Allison Read never did anything wrong during their tenancy, they wouldn’t have any reason to be embarrassed, would they? Kory Read is constantly comparing himself to others, especially me, and blaming me for his life situation. The letter he sent March 1, 2021 is all about that!  It is impossible for him to see from another persons perspective, he don’t even try, and he is extremely sensitive to criticisms himself and he is very defensive. His domains online show all that!

I already talked about EGO, and this is all it is. It is the EGO that dictates our reactions to another and causes defensiveness and all the other issues in the poster above.  Kory Read & Allison Read’s EGO is dictating their actions against so many. Their EGO is so big, they have to try and get out ahead and degrade others before the truth comes out, which is they caused their own eviction.

Kory Read is allowing his overblown EGO control his actions and by doing so, he is exposing himself. His many online actions is giving Kory Read and his overgrown ego away.